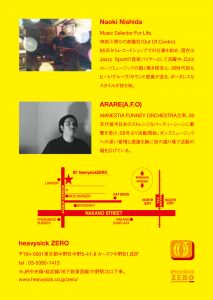 2020.3.14(SAT) ※公演中止 23:00~29:00 at 中野heavysickZERO Door: ¥3000+1D(¥600) http://bbhardcore.wp.xdomain.jp/ Rob GEEは90年代初期より活動するDJ。Sensation、Thunderdome、Mysteryland、Love Paradeなど大型フェスにヘッドライナーとして繰り返し名を連ね、オーストラリア、日本、イタリア、スペイン、スコットランド、オーストリア、ハンガリー、ベルギーなど多くの国でのプレイを敢行し、人々を惹きつけている。ライブパフォーマンスにも明るく、SlipknotやKornなどのライブのアフターパーティーにも出演を果たしている。Hardcoreの他にもhip hopやtechno、metalなど多くの音楽を愛し、ジャンルに境界はないのだ、と言ってのける彼の活動から、目を離せない。 Rob GEE is famous all across The Universe as “the hardest DJ to ever play the Limelight in NYC.” In the club’s early 90’s heyday, the versatile GEE kept delirious audiences going through spinning at Limelight’s “Future Shock” dance/techno nights and performing with his live band as well as spinning at the club’s “Rock And Roll Church” metal/ rock/ industrial nights. The crowds kept coming back to Limelight, just like they did in Australia, Japan, Italy, Spain, Scotland, Austria, Hungary and Belgium to namea few. GEE is a recurring headliner at Sensation,Thunderdome, Mysteryland, and Love Parade, where GEE played before one million people. His diverse appeal keeps him performing weekly at all types of musical events and concerts. GEE has shared the stage with everyone from Hatebreed and Biohazard to Crystal Method, Busta Rhymes, Kurtis Blow, and Afrika Bambaataa. His GEEness has also has spun at many Slipknot and Korn after parties with his good friend, DJ Starscream a.k.a. #0 of Slipknot. GEE’s history of DJing and live performances shows his dedication of bringing the fusion of organic and electronic music to a wide variety of listeners. GEE’s love of hip-hop, hardcore, techno, metal and every other genre for that matter set him apart from the rest. While other DJs make tracks and spin records, GEE is an Artist who writes original songs. His indecisiveness as to whether or not he wanted to breakdance and spin hip-hop or jump in the mosh pit and play in a metal band was one of the reasons he began to cultivate his own style of both. Rob GEE is the only artist of his kind to collaborate and create with members of respected rock, metal, hardcore and hip-hop acts such as Slipknot, Hatebreed, Biohazard, Wu-Tang Clan, Cypress Hill, and System Of A Down (just to name a few) creating a unification of Rock, Electronic, & Metal as well any other style GEE chooses to use. The GEEsult is Rob GEE gabber music. Rob GEE says, “There are no boundaries in music” . GEE is writing history launching gabber into the scene of the galaxy……”The Gabber Guru,” as GEE is known for his constant motivation of #PositivianVibes gained worldwide fame after the release of “Ecstasy You Got What I Need”. The song went Gold and was the #1 video on The Box for 13 straight weeks. At the same time, “Ecstasy” rose to #9 on the pop charts and earned him Best Artist, Best Producer and Best Song of the year at The Thunder Awards in Holland. The GEE Man enjoyed more worldwide success along band mates Neophyte and Tieum with their collective efforts”Coming At You Strong”, “Anxiety”, & “Rage With Pride” under the name “Riot Squad”. Rob GEE is still pushing solo success globally with his most recent hit “RIght Now”. GEE always with his open mind has enjoyed recent Hardstyle & Rawstyle bangers teaming up with heavy hitters like The Prophet and Adaro. While in the same breath has been rocking the mainstream airwaves collaborating with hardcore giants Partyraiser & DJ Mad Dog.
Read More >> 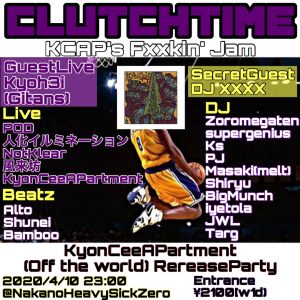 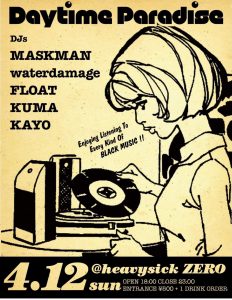